Injured in an auto accident? Find out how much your case is worth with our free data driven case value calculator. Click here to get started. 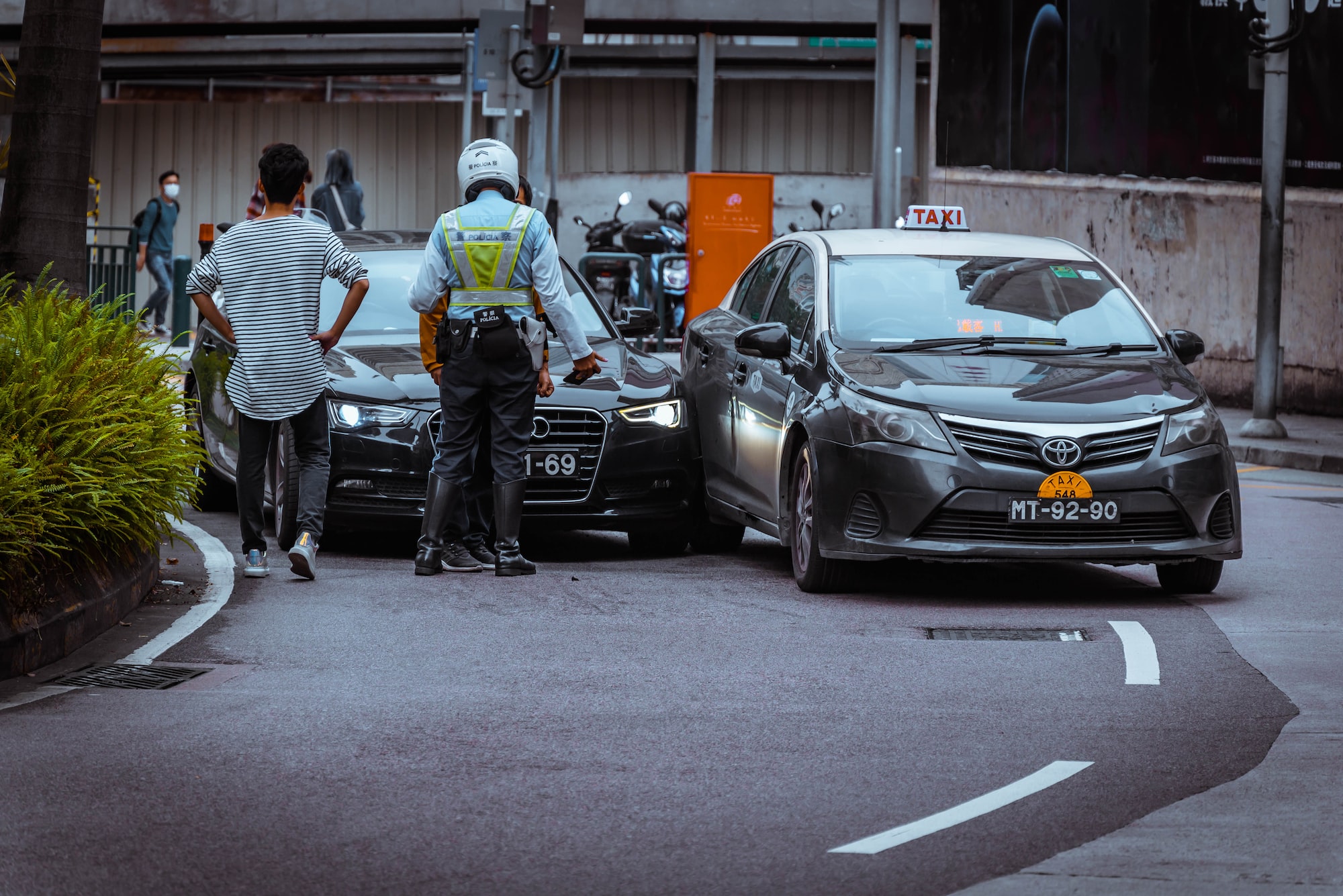 According to the National Highway Traffic Safety Administration (NHTSA), rear-end collisions are one of the most common types of car accident. This type of crash occurs when a vehicle strikes another from behind. Often, this happens when one driver is not paying attention and fails to maintain safe distances between vehicles. This could be as a result of distracted or tired driving, or potentially as a result of driving under the influence. Injuries resulting from a rear-end collision can range from minor cuts and bruises to more serious injuries, such as whiplash, head trauma or broken bones.

In most U.S states, any driver who has been involved in a rear-end collision may be eligible for compensation if it can be proven that the other driver was negligent or at fault for the crash. While it is more common for the "behind" driver to be found at fault, this is not always the case. For example, the "front" driver might have stopped short unexpectedly and unreasonably, or might have cut off the rear driver.

If you have been the victim of a rear-end collision and think that the other driver could be at fault, it is vitally important that you maintain detailed evidence and documentation on any damage caused by a rear-end collision when making insurance claims or filing a lawsuit. Any photos taken at the scene along with witness statements should be kept on-hand to help support your case if needed.

Head-on collisions occur when two vehicles traveling in opposite directions collide with one another. These accidents are typically the most severe of all types of car accidents, often resulting in catastrophic damage and injuries to those involved. Unfortunately, due to their intense nature, head-on collisions frequently result in fatalities.

Head-on collisions can be caused by a variety of things, but two of the most common causes are reckless driving and distracted driving. Reckless drivers may drive over posted speed limits or weave in and out of traffic at dangerously high speeds. Many times, head-on collisions occur when a driver recklessly attempts to pass another vehicle on a two-lane highway. Distracted drivers commonly look away from the road for extended periods of time while talking on the phone or texting, which can lead to dangerous situations where they drift into opposing lanes of traffic without realizing it.

Victims of head-on collisions may be eligible for compensation if it can be proven that one driver was negligent or at fault for the crash. Generally, if the other driver's vehicle crossed over the centerline of the road, that driver will be found at fault. Of course, each case is different, so you should speak with an attorney in order to determine who might be at fault if you've been in a head-on collision.

Side-impact collisions, also known as T-bone accidents, occur when the side of one vehicle is struck by the front or back of another. This type of crash often occurs at intersections when one vehicle fails to yield to oncoming traffic. Side-impact collisions can be especially dangerous because, while safety advances have been made in recent years, much less protection is offered to occupants of vehicles on the side compared to head-on or rear-end collisions.

Side-impact collisions are frequently caused by drivers who fail to properly judge distance while turning or attempting to cross an intersection without yielding. Negligent drivers may also be distracted and fail to notice that an opposing vehicle is approaching or overestimate the amount of time they have left before the next car arrives.

In terms of legal rights relating to side-impact collisions, victims may be eligible for compensation if it can be proven that one driver was negligent or at fault for the crash. Of course, if a driver runs a red light at an intersection with a traffic light, it is a good bet that the driver will be found at fault. Side-impact collisions at intersections with stop signs may offer a more difficult determination of liability.

Rollover accidents, in which a vehicle flips onto its side or roof, are among some of the most dangerous forms of car accidents. These types of crashes can happen when a driver takes a turn too sharply, overcorrects after swerving to avoid an obstacle, or loses control due to wet roads or other hazardous conditions. Rollovers often result in severe injuries and fatalities due to the lack of protection offered by being inverted and trapped within the car’s cabin.

In terms of legal rights relating to rollover accidents, victims may be eligible for compensation if it can be proven that one driver was negligent or at fault for the crash. For example, if your vehicle swerved to avoid another vehicle that was being operated negligently and swerved into your lane, and that resulted in a loss of control and ultimate rollover, then the other driver could be at fault.

Sideswipe accidents, more commonly known as lane-change collisions, occur when the side of one vehicle comes into contact with the side of another vehicle. This type of crash often happens in slower-speed situations when one driver is trying to change lanes, forcing an oncoming car to take evasive action to avoid contact.

Sideswipe collisions are typically caused by driver negligence or recklessness such as speeding, weaving in and out of traffic, tailgating, not using turn signals, and driving under the influence. Other common causes include distracted driving and failing to ride safely within marked lane lines.

As with other accidents, if a victim can prove the other driver was negligent in striking your vehicle, then the victim may be eligible for compensation.

Hit and run accidents are all too common, and unfortunately can cause serious injury or death to the victim. These types of crashes happen when a driver leaves the scene of an accident without exchanging information or offering assistance to anyone involved. Hit and runs can be minor fender benders or more serious multi-vehicle collisions which can leave victims feeling vulnerable, disoriented and confused about what their rights may be.

Hit and run accidents may be caused by drunk driving, careless driving, speeding or distracted driving - all of which fall under the definition of reckless driving. Depending on where you live, leaving the scene of an accident can be considered a misdemeanor or felony criminal offense that carries stiff penalties if caught.

If the other driver cannot be located, then the victim may have an opportunity to seek recourse for his or her injuries against his or her own insurance policy in what is known as a first-party claim. This type of claim taps coverage under an auto insurance policy that is reserved for when an insured is injured by someone who is uninsured or underinsured. Generally, these provisions cover hit and run accidents as well.

Obstructed view, or "blind spot" accidents occur when a driver has limited visibility due to their vehicle's blind spots. Those blind spots are located in the rear and sides of the car and can be difficult for a driver to see, especially at night or during inclement weather. Unfortunately, this type of crash is all too common with drivers who fail to check for other cars before changing lanes or merging into traffic. This is also a frequent issue when it comes to cyclists, motorcycles, and pedestrians, who were simply obstructed by a vehicle's blind spot.

As with other accidents, victims may be entitled to compensation if they can prove the other driver acted negligently. One example would be if the other driver failed to check all blind spots, causing their car to strike another vehicle.

Parking lot accidents occur when a motorist is not paying due attention to their surroundings while navigating through a lot. The slow speed and tightly confined spaces of a parking lot make distracted driving particularly risky, and can cause serious injuries if the driver fails to take proper precautions. Common causes include failure to yield right of way to other vehicles or pedestrians, carelessness when entering or exiting driveways, and inadequate visibility at night or in bad weather conditions.

If you have been in any type of auto accident, get an AI-backed estimate of your claim value here.

Please be advised that this is provided for general information purposes only. No attorney-client relationship is formed by the provision of this information. The best resource for information about your case is consulting an attorney.

Injured in an auto accident? Find out how much your case is worth with our free data driven case value calculator. Click here to get started.